Whew, it’s finally here! A LIBRARY OF LEMONS publishes today, hurrah! And really, you don’t know QUITE how relieved I am, because this has been possibly the hardest book ever to write. Well, the first draft was easy. But the many, MANY drafts that came after that…well, they weren’t all easy. And they got harder to do, the more of them there were! I hate tinkering with stories, pulling them apart and trying to stitch them back together. I’m not naturally a perfectionist, I think – I’m more of a ‘that’s good enough’ kind of person. I like crossing things off my list. BUT you know what? It’s all been worth it, because I am REALLY proud of this book and what it has to say.

So what DOES it say? Well, it’s about Calypso, who’s ten, and who lives with her father in an isolated house with not enough heating, and not enough food in the fridge. Her mother died a few years ago, and since then Calypso’s father has been teaching her that she doesn’t need to be close to people. She should find her ‘inner strength’ which will be enough to make her happy. Depending on other people is wrong, he implies. So Calypso buries herself in books, where she is very happy. But then a new girl – Mae – comes to school, and she doesn’t understand about Calypso’s desire to be solitary; she wants to be friends.

And gradually, Calypso comes to realise that having a friend can be the most wonderful thing in the world – and that strength doesn’t have to come from inside you; it can come from other people too, people who can hold you up when you’re crumbling.

This is what I said about the book on Facebook:

It’s not about superheroes; it’s not easily summed up in one sentence, and it doesn’t have pictures. But it’s a book from the heart, about hearts and connections and why it’s important to ask for help, and why sadness should be allowed to leak out every now and then so that it doesn’t wall itself up inside ourselves. It’s about the magic of books and how you can lose yourself in stories, and it’s about the power of real-world friendship, which can make the difference between a good life and a great life. It’s been rewritten more times than I can remember (without weeping, anyway), and when my husband read it he did proper choking sobs at the end of it. Though, I hasten to add, in a good way.

Having mentioned my many rounds of editing, I have to mention the two people who have been on this ‘journey’ (aargh!) with me: Brenda Gardner and Matilda Johnson at Piccadilly Press. Brenda was the one who accepted the book; who said, ‘I don’t think it’s quite there yet but I can see potential’ – and who had many wonderful ideas about how to improve the impact of the story (some of which I even implemented, haha!). And then Brenda retired, and Tilda took over, and she had to be quite firm with me (because I was complaining about having to do YET MORE WORK on the manuscript) but she did it so kindly and sympathetically that I DID do a couple more drafts and she was right too.

Thanks also to the brilliant Rosi Crawley in Publicity (who’s leaving this week, sob!) and to Ruth Logan in Foreign Rights, who has sold the book to four countries already! (I think it’s four! I got so excited I lost count! EDITED TO ADD: it’s SIX!!) And of course to Sarah Dennis for the beautiful papercut-designed image and to Jet Purdie and the fab design department for pulling together such a beautiful cover.

I went to London on Tuesday evening to talk about the book to a room full of librarians, booksellers and bloggers, and it was SUCH a lovely experience. Thank you, Piccadilly, for welcoming me into your home! Lemonade for all, hurrah!

Today is also publication day for some of my bestest writer friends, so check out their books too! Happy book birthday to everyone! 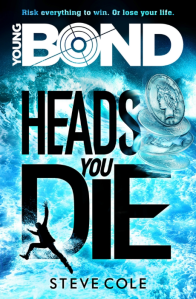 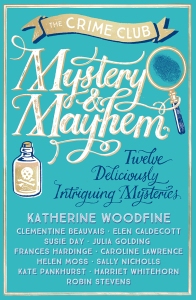